Turtles make really fun pets as they are generally much more stout than some other reptiles. One big reason for that of course is they carry a protective shell around with them.

Something important to keep in mind if you are considering buying a pet turtle is that even though there are some particular species that are fairly easy to care for, they can still be a little tricky. Unlike tortoises they are amphibious and require plenty of water.

But, don’t let that turn you away from a very rewarding experience.

There are many options for new pet turtle owners, but these five are some of the more common and beginner friendly species.

Without a doubt the red eared slider is the most common pet turtle. In fact, they have become so commonplace that it isn’t unheard of to see a few of them given away fro free at reptile expos, though you shouldn’t expect that to be the case at all of them.

What makes them a popular pet is that they are not too hard to care for and depending on where you live you may even be able to leave them outside for most of the year. They are also very active so they are fun to watch.

These cute turtles can live for up to thirty years in captivity and they do eat quite a lot, so make sure you are in it for the long haul and have enough disposal income to properly feed them for a long time.

Cons: Adults should have a larger tank, can easily outlive an adult keeper

Another popular pet turtle is the Eastern box turtle. Though mush shyer than red eared sliders, box turtles and friendly and super cute.

While most turtles are aquatic, this one is not. That is why it’s incredibly beginner friendly. However, like red eared sliders you can house them either indoors or outdoors depending on the climate of where you live.

As easy as this species is to take care of, they do have a couple of challenges. First, you need to be very careful about their diet as they have no problem munching on almost anything you present them, healthy or not. Second, they can easily outlive a human so be prepared to keep them around for a long time if you plan on getting one.

Cons: Will outlive you if cared for properly, not fond of handling

Moving up the chain of difficulty a little, but still often considered a species that is suitable for a beginner if the African sideneck turtle. They are widely known because they appear to have a humanlike smile.

Aside from their adorable smile they have a couple of distinct differences from other species. One is that their diet is meat based, so they need chicken and beef instead of insects. Another difference is that they cannot completely retract their necks.

As an active aquatic species they need a good sized tank to swim about and explore. They also have long lifespans and can live upwards of fifty years, so make sure you have both the space needed and long-term view if you plan on getting one of these cuties.

The species as a whole are simply considered painted turtles, but the Western painted turtle is a particular subspecies that has won its way into many homes as a pet. They get their “Western” monikor due to mostly being found in the western part of the United States and Canada.

They tend to make OK pets for a couple of reasons. First, they tend to keep to themselves so for perspective owners that don’t want a turtle that needs lots of attention, they are great. Second, they are fairly easy to take care of once you get their living space setup requiring only feeding and some basic cleaning regularly.

They are semi-aquatic so you do need housing that’s ample in size, which can be problematic for some people. And regarding lifespans, you should be starting to see a pattern. Western painted turtles can live for up to fifty years.

Pros: Easy to find in shops, smaller than many other beginner friendly turtles

Cons: Not great if you want something you can handle

The smallest turtle on this list, razor-backed musk turtles round out the top five. They only grow on average to about six inches in length.

That smaller size allows the owner to save some space on housing and that makes this species potentially possible for those who do not have the room for something like an African Sideneck. You still need to ensure they have enough room so get the right tank size. They are also not the pickiest eaters and don’t require anything you can’t readily find at most pet stores.

Razor-backed musk turtles tend to have shorter lifespans than the other turtles listed above, averaging at around twenty years. Depending on your point of view that could either be seen as a pro or a con.

Pros: Does not require a wide temperature gradient in their enclosure

Cons: Can be very snappy

Any of these five turtles should be OK for beginners as they aren’t overly difficult to care for. Some others that might fir the bill as well are false map turtles and yellow-bellied sliders.

Each species has their own unique needs, so beginner friendly or not make sure to do plenty of research before making your purchase. Due to their aquatic nature you will absolutely want to have their aquarium or tank figured out before you take your new buddy home.

Whatever choice you settle on it it sure to be correct if you spend a lot of time caring for and enjoying your new turtle pet. 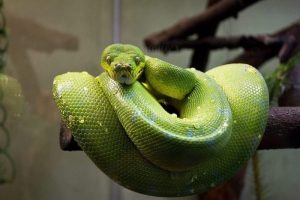 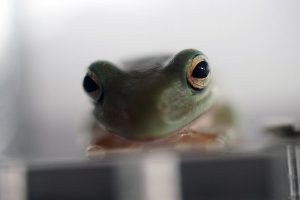 It’s understandable why some reptiles might give people uneasy feelings and why they would not want to keep one as a pet. Frogs are not 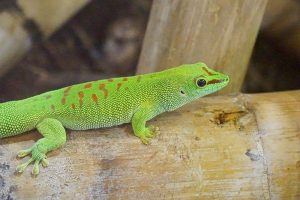 If you are looking for a good entry level pet into the reptile world than look no further. Geckos make a great pet for any