Slow and steady wins the race, and tortoises do a great job to take that figure of speech to heart. In fact, many tortoises take their time due to the fact they have lifespans that go well beyond a typical human.

Though they may outlive you, they still make wonderful pets. But, choosing which species is right for you can be a little confusing, especially if you have never owned a tortoise or reptile before.

Here are some choices for both beginners and advanced reptiles keepers alike.

The Most Common Starter Species

Any of these five tortoise species are generally considered beginner friendly and should make you a very happy pet owner.

Also called the Greek tortoise, the Mediterranean spur-thighed tortoise is an extremely common choice for first-time owners. They get their name due to where they are most commonly found in nature. They also have soft spurs on their tails.

They make great beginner pets because they are not overly difficult to care for. Aside from UVB, their enclosure doesn’t need anything all too out of the ordinary. And, since they are small for tortoises you don’t need a massive tank.

These little fellas can live for up to fifty years, are herbivores and are very friendly. They are pretty much the go to beginner tortoise.

Not as popular as the Greek tortoise, red-footed tortoises are still a very great option. If their name doesn’t give it away, their legs are covered by very bright red dots making them incredibly eye-catching. Though rarer, some of them have red head or tails or both.

There are a couple reasons why these make a great choice for beginners. First, they are on the cheaper side when compared to the cost of some other options. Second, they stay fairly small topping out at a little less than a foot and a half in length.

They do have a couple of factors making them more difficult to care for than a species like Greek tortoises though. One is that they need high humidity, in the 70-80% range. Next is that they require a good amount of protein, so a strictly veggie diet isn’t going to cut it.

Another popular pet tortoise that’s on the smaller side is the Russian tortoise. These cuties only grow to about ten inches and length, but they are very sturdy for their stature and tend to live close to forty years.

What makes this particular species great for beginners is that they are not nearly as temperature sensitive as the others. Plus, their humidity needs are average making indoor housing about as easy as it gets.

That doesn’t mean you can’t let them explore outside if you live in a warm climate. They are curious creatures that love time under the sun.

Less common than the others listed so far due to its price, the Indian star tortoise may be cost prohibitive for some people. One of them can easily set you back thousands of dollars. Don’t let that price tag completely dissuade you though.

They get their name from the beautiful star pattern seen on their shells. It makes them stand out from many other species’ less identifiable patterns.

Besides their cool pattern, the Indian star tortoise makes an excellent choice for first time tortoise owners because they are not all that difficult to care for. They only grow to about one foot in length, their temperature and humidity requirements are easy to maintain and they can be housed together if you want more than one.

Their biggest drawback is trying to find one for sale as it’s currently illegal to export them from Sri Lanka and India, their native countries.

Leopards and tortoises are two animals that don’t often find themselves in the same sentence. But, like leopard geckos, these reptiles take on the leopard name because of their yellow and black coloration.

While not the easiest to care for they still make this top five list as they aren’t on the higher end of difficulty either. Perhaps the most complicated part of caring for a leopard tortoise is their temperature (80+ degrees Fahrenheit) and space requirements. They get fairly large so don’t even think about trying to keep one in a small tank.

The good news is that they are very easy to feed as they are herbivores. Plus, they are probably the most relaxed tortoise on this list.

Typically more relaxed and docile than their aquatic counterparts, tortoises make excellent pets whether they are your first reptile or you just want to branch out. Many of them are reasonably small and easy to care for, especially those listed above.

They also live for decades so they can bring you years upon years of joy. Just be sure you are ready to be a tortoise mommy or daddy for many years to come. 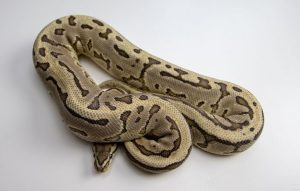 The very popular pet snake, ball pythons, come in hundreds if not thousands of different morphs. One of the most popular ones over the last

It’s understandable why some reptiles might give people uneasy feelings and why they would not want to keep one as a pet. Frogs are not 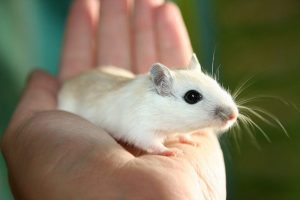 One of the most common questions for someone looking to buy a ball python is, “What do they eat and how do I feed them?”