One of the main reasons ball pythons are the most popular pet snakes aside from their rather relaxed temperament and fairly easy maintenance is due to how many morphs there are. But, what exactly is a morph and why are they such a big deal to ball python fans?

A morph, sometimes called a paint job, is basically a specific type of outward appearance, usually in the coloration and patterns of that coloration. Your morph is still a ball python, it just looks different than others.

Think of it like an all white husky and a gray and white husky. They are both the same breed of dog, they just look different. The same goes for ball python morphs.

Different morphs occur in nature due to polymorphism. Like the husky example mentioned above, or even humans where one sibling may have brown eyes and another blue eyes, ball pythons naturally have variations in their appearance.

Breeders study these variations and using a little science and a lot of luck, they can mix and match different genes to try and push Mother Nature to deliver offspring that carry certain traits, such as blue eyes or brightly colored patterns of scales.

Science matters due to understanding how dominant and recessive genes work. Luck comes into play because a typical ball python clutch, or the amount of eggs a female will lay at one time, averages at six.

If your chances of getting a specific morph when breeding two pythons is more than one is six, there’s a very real possibility you will strike out. Even if it is exactly one in six, or even one in four, you can still miss out.

But, doing a deep dive into genetics is for another time. Now let’s take a look at some of the most popular ball python morphs you might get lucky enough to see at your local independent pet shop or reptile expo.

One of if not the most common morph is the very eye-catching pastel. They are very attention grabbing due to their bright yellow coloration that stands out even more die to the contrasting darker colors.

Many breeders use this morph as a base for when they are seeking to mix in other genes and traits, making it a very common, yet beautiful find.

The yellowbelly, or yellow belly, is much less vibrant than the pastel above. It is commonly passed over or thought to simply be a basic normal ball python.

However, when you compare the two you can clearly see a yellow bellow is brighter and the belly is much cleaner in coloration.

Like the pastel, enchi ball pythons are commonly used as a base to mix with other morphs. This is because the enchi gene tends to reduce the dark bands really letting other colors shine through.

Sometimes they are dull and other are quite bright, leading to them often getting mistaken for normal ones, much like what happens to many yellowbellies.

The banana morph gets its name from, you guessed it, a whole lot of yellow. It looks even more prominent due tot the usual dark bands taking on a duller tan color instead of their normal black.

An albino ball python might not be what you are expecting. They are not usual completely white. They still have a vivid yellow but the usual dark bands are instead white.

Once thing that does hold true with albinos though are their pink eyes.

Unlike some of the other morphs, a piebald is pretty much impossible to see and mistake for a normal pattern. They actually look like they have a normal pattern placed on top of a totally white canvas only in certain places.

The are one of is not the most unique paint jobs available.

The Mojave morph is stunningly beautiful, and it is also a common favorite amongst breeders. The popularity is due to a couple factors.

First, they look awesome with bright yellow patterns mixed in with dark browns and even blues. Second, they are a great base for cross breeding with other balls.

An ivory ball python morph is what many people may first think an albino will look like. They are white from nose to tail, though they may have some light tan mixed in as well. One thing you will notice is that they tend to have black eyes, not pink like an albino.

Ivories are actually a form of the yellowbelly morph and thus often referred to a super yellow belly ball pythons.

Clowns tend to be popular due to their varied appearances within the morph itself. Their color is a blend of dark yellows, coppers, browns and blacks.

They are most known for having random speckled patterns on their heads sometimes resembling a clown’s face paint.

Fires are interesting because they don’t have striking colors that many other popular morphs have. But, they are commonly used to try and breed Blue Eyed Leucistics, a white morph with blue eyes.

Fires can also mix to create a super fire.

Why No Spider Ball?

The above list of ten very cool python morphs is leaving out one very previously popular one, the spider ball python. Why?

Spiders are very controversial. They have a generic trait that can cause a very serious disable called a wobble. That wobble is a neurological defect that makes it difficult for the snake to control its head, causing feeding problems.

We recommend avoiding spider balls and the morphs made from crossbreeding them like the bumblebee and spinner.

A lot goes into making the right selection that you’re going to be happy with for many years to come. Here are a few tips to hopefully make that choice a bit easier.

Ball python morphs can get rather pricey. Having a budget in mind will give you an idea of what you can realistically afford. Do you have $100 to spend or thousands?

Don’t forget to keep some money for your enclosure as well.

There are thousands of different morphs so making a choice can feel a little overwhelming. If you know you’re looking for a particular color it can really help narrow down your options.

Do you want a snake with bright yellow bands, or you do prefer milky white snakes like an ivory?

Also, you can keep an eye on the blushing, or the particular coloring of the pigment that you see running down the snakes spine

Some morphs have wild patterns like clowns while others have almost no pattern at all, like an ivory. Or, some have very distinct patterns like piebalds.

Figure out what’s most appealing to you, and you’ll have a much easier time choosing a morph you’ll like for the long haul.

It doesn’t matter if you decide to go with a basic one or a very exotic morph, your ball python is still a ball python. You’ll enjoy it either way.

The main thing is that you do your homework so you are happy with your choice. And, of course you want to do your best to take care of it once you get it home.

And, the ten morph above are just some of the more popular ones. There are so many more known ones and breeders are always trying to discover new genetic combinations.

The very popular pet snake, ball pythons, come in hundreds if not thousands of different morphs. One of the most popular ones over the last several 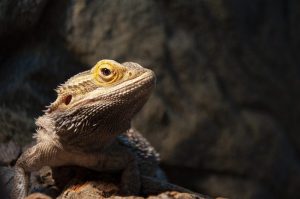 Your Guide to Caring for a Bearded Dragon

One of if not the most popular reptile pets these days is the fierce looking but rather goofy bearded dragon. Aside from their generally pleasant 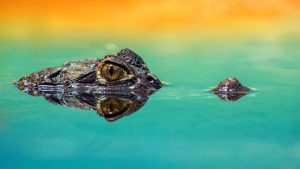 How to Care for a Red-Eyed Crocodile Skink: A Comprehensive Guide

What is a red-eyed crocodile skink, you ask? Well, it’s an adorable little critter that hails from Southeast Asia known for their miniature dragon like