One of the most common questions for someone looking to buy a ball python is, “What do they eat and how do I feed them?” And, almost anyone that owns or will eventually own a ball knows two very real facts about feeding it:

Let’s take deeper look into both of those statements, and discuss how and what to feed them in the process.

What Will My Ball Python Eat?

The diets of a wild ball python and one kept in captivity are quite different. In the wild, a meal is much harder to come by. So, the snake has to take what it can get when it can get it.

In the wild they may eat small birds, small mammals, lizards and even other snakes.

But, you won’t be feeding your captive-bred ball python any of that. Their diet will consist almost entirely of rodents. The type or size of the rodent though will differ depending on the size and age of your snake. However, no matter the size of your snake, always use pre-killed frozen and thawed rodents as they are much safer than trying to use live feeders that can and will fight back.

From smallest to largest:

These are almost universal, so anyone in the business will know what you are talking about if you use these terms.

If you have a cute new baby ball, feeding it will be both a bit scary as you want to know you’re doing it correctly, and fun to watch your new baby eat.

Since you have a tiny python, you will need a tiny mouse. One of these would be called a “fuzzy”. Fuzzies are typically only five to ten days old, so they are the perfect size for your hatchling.

You might also want to opt for an even smaller mouse referred to as a “pinky” as they appear pink because they have yet to grow the fur a fuzzy has. They are only a few days old.

Hatchlings can also have crickets from time to time if they are having trouble with pinkies.

You should feed your hatchling once a week.

As your ball python grows, so too will the size of the mice you feed it. You can start by moving to small mice, which are usually between seven to twelve grams.

As you python works through them, and if it appears to have no problem with eating and digesting them, after a few months you can move to mediums (around twelve to eighteen grams).

You should feed your juvenile ball python once a week.

As your ball pythons reaches adulthood, which takes about two to three years, they will most likely need you to up the feeder size again.

Like before, you can start with large mice and then if needed move them to extra large mice around the three year mark.

You can also feed them frozen-thawed rats.

You should generally feed your adult once every two weeks.

Feeding your ball python is surprisingly easy. The step is to have everything you need, which is a pretty short list:

Once you have your supplies, you want to thaw the mouse. One way it to seal it baggies and submerge it into hot but not boiling water until its warm. Another is to place it on a towel and place them under a heat lamp for about five to ten minutes.

Once your feeder is nice and warm you simply pick it up with the tongs and present it to your ball python. If interested, the snake with strike the mouse, constrict it, then start to consume it.

At that point, you’ve done your job. You will also want to leave your ball python alone as it digests the meal. Interacting too soon, like trying to pick it up or move it, can result in the python regurgitating the mouse.

What if Your Ball Python Won’t Eat

As easy as the above is, sometimes your ball python will simply not want to eat. There are a few common reasons.

Your snake does not have the same metabolism that you do. And, the older they get the slower it gets. You can offer food, but it just might not be hungry.

This is much more common in large adults than younger snakes.

Not only snakes but many reptiles lose their appetites when they are about to shed. If they are looking very dull and it’s been awhile since their last shed, this is a very possible cause.

Just keep their enclosure humid and give it a few days to see what happens.

A stressed ball python is not going to eat even if it’s hungry. They can feel vulnerable right after they get ahold of some prey, so if they feel stressed or in danger, they won’t even consider trying to digest food.

One sign of stress is if they strike at the food in a more defensive posture and refuse to try and consume it.

One the first signs of a sick snake is that they stop eating. So, while refusing to eat might be something as simple as them not be hungry, it could also be something more serious.

They may have a parasite or other disease that will need to be attended to by a professional.

Snakes don’t hibernate but they do brumate. It’s a similar biological process where their metabolism slows in order to save energy.

Your snake may stop moving much, eating and even drinking.

The good news is that your ball python can go for several months, even up to six, without eating. You should not worry too much unless you start to notice their weight drop considerably. At that point, you will want to consider taking them to an exotic veterinarian.

Feeding your ball python is a fairly simple process. You just need to pick the right size feeder for their age and size, thaw it properly, and present it safely.

The snake will do the rest.

Sometimes they may not want to eat, and you will have this happen to you at least once during your ownership. When it does happen just try to ensure you are giving them a safe comfortable environment to eat and that your presenting them with a nice warm meal.

If they still refuse to eat and start losing weight, you will want to consult a professional. 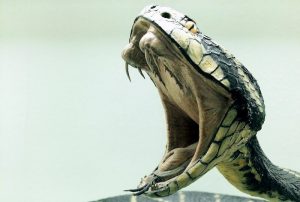 Venomous vs. Poisonous Reptiles: What are the Differences?

Many people are not sure what the difference is between venomous and poisonous reptiles and other animals. This article will explain that difference, as well 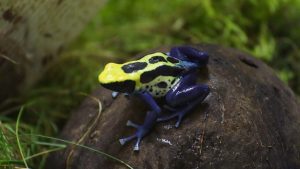 Having poison dart frog as pets is a big responsibility. Even though these amphibians are quite popular, their unique needs and complex care requires special 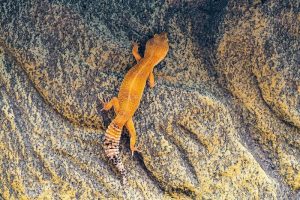 Leopard geckos are one of the most popular geckos kept as pets with crested geckos as the other. One reason is that are so very